Being a bride on your wedding day during a coastal hurricane / nor'easter isn't the easiest role to play, but Dawn filled that role in the most kind, most relaxed way possible. She was so collective and so excited to be marrying the love of her life last weekend that she wasn't going to let anything dampen her spirits. Dawn, thank you for being such an amazing bride and client! Dawn and Doug had planned an October wedding that was to take place on the beach in Ocean City, Maryland. Hurricane Joaquin had decided to show up for the couples' wedding and forced them indoors. The Hilton Oceanfront Suites was more than receptive to moving the couple inside and went above and beyond to make sure their day went as planned. The team from Alison to the Alter moved all of the florals and ceremony pieces inside and transformed a conference room into a beautiful setting for a wedding. Dawn's bouquet was absolutely stunning and I wish I had taken better photos of it! Her whimsical bouquet was composed of cafe au late dahlias, english garden roses, blushing bride proteas, scabiosa pods, and fluffy ranunculus. It was wrapped in silk ribbon and pinned with pearls. Dawn's bridesmaid carried a single dinner plate dahlia paired with loose greenery... it may have been a small bouquet but with such a beautiful statement flower, it made its presence know. Doug wore a boutonniere of coral spray roses and a blushing bride protea bloom. His groomsmen wore ivory ranunculus boutonnieres. Earlier this week, Dawn sent me the sweetest message telling me about their schedule butterfly release. Because of the havoc-causing storm that flooded the coast, the couple's order of monarch butterflies never made it to their hotel in time for their wedding ceremony. The two had planned on releasing the butterflies as a memorial to loved ones who they had lost, including the bride's younger brother, over the past few years. The butterflies arrived a little late, but the bride took it as a sign of their loved ones not wanting the couple to fill their wedding day with saddened emotion and thoughts. Such a sweet story. 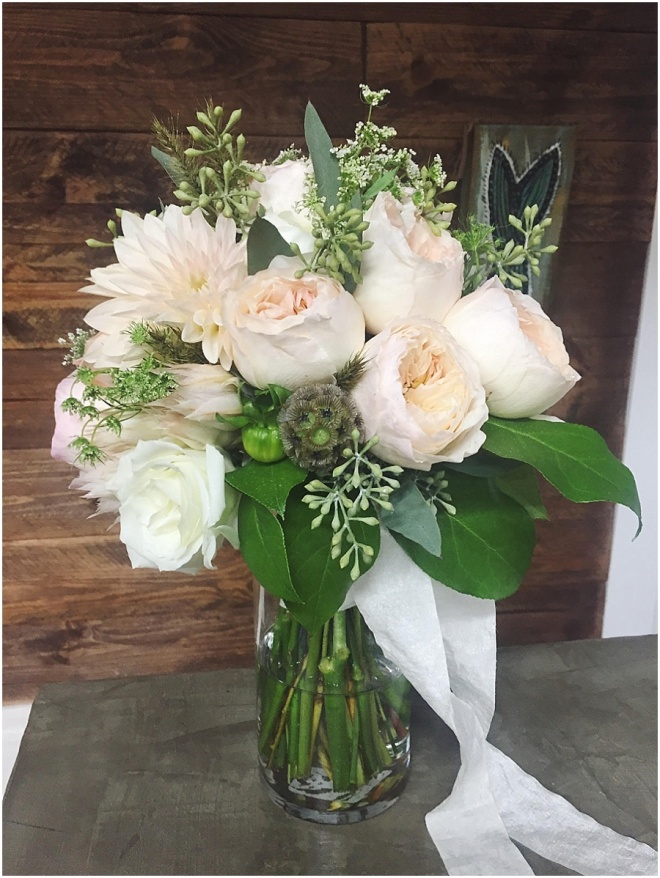 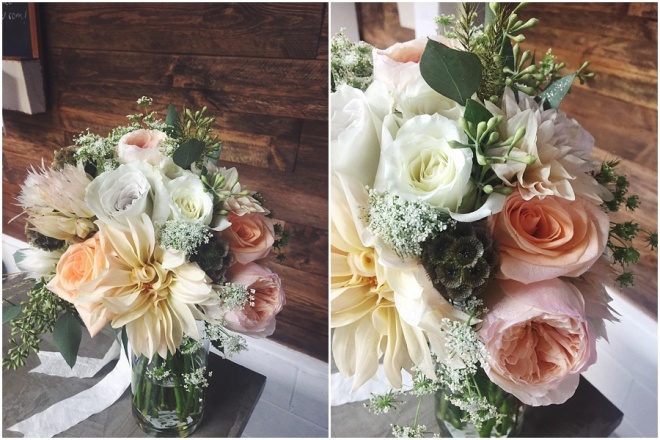 Congratulations, Dawn & Doug! I wish you the most happy, most love-filled, and most amazing marriage. May you cherish all of your days together! xoxo - Ami
Share 0 Tweet