Last Saturday, in the midst of 60 mile per hour winds and a rainstorm that hung over Ocean City for two days, Jamie & Jonathan tied the knot... and they didn't let the storm stop them! With 22 of their closest friends and family members standing by their sides, their wedding dreams came true. More than 100 guests enjoyed a ceremony overlooking bayside Ocean City and then moved to a large reception space with a fantastic view of the Atlantic Ocean. Both the ceremony and the reception took place at Peaky's Restaurant. [caption id="attachment_9140" align="aligncenter" width="660"] 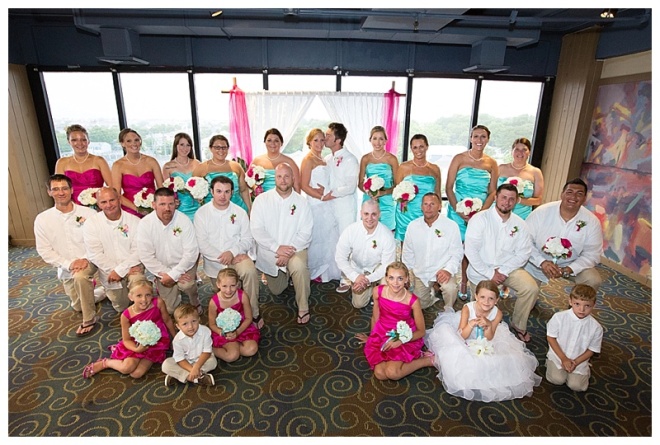 photo by dana marie photography[/caption] Begonia, spa & white... a color scheme that was perfect for a beach wedding. The bride chose bouquets of white and hot pink blooms for her bridesmaids. The maid of honor bouquets were wrapped in teal ribbon while the bridesmaids carried bouquets wrapped in hot pink ribbon. The three junior bridesmaids carried single stems of teal hydrangea. The bride's bouquet included all white flowers. Several large white lilies, the bride's favorite flower, were placed in her bouquet. 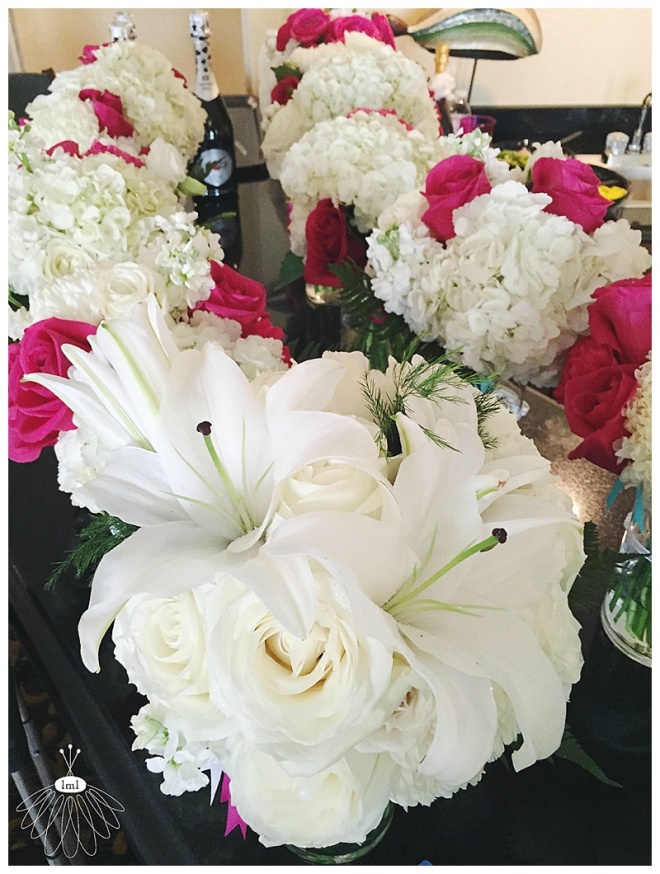 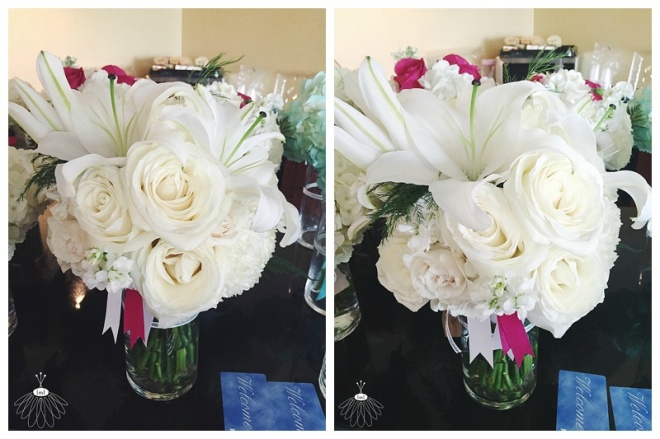 In memory of one of the bride's best friends, I created an artificial bouquet of silk flowers that perfectly coordinated with the bridesmaid bouquets. The couple wanted their beloved friend's spirit to be present during their wedding day and wanted to place this bouquet at her memorial site after their wedding day. Isn't that the sweetest and most thoughtful memorial tribute?

The groom wore a boutonniere composed of a fresh freesia flower and a white spray rose.

The best men wore similar boutonnieres that were tied with teal ribbon to match the maid of honor bouquets. 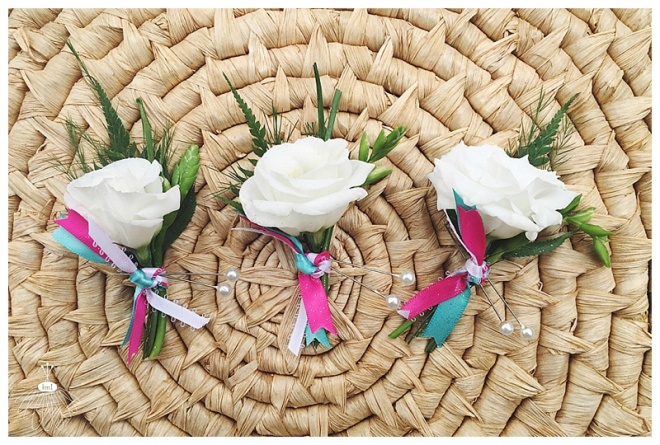 The mothers and other special women in the family wore corsages of fresh white flowers and coordinating ribbon. 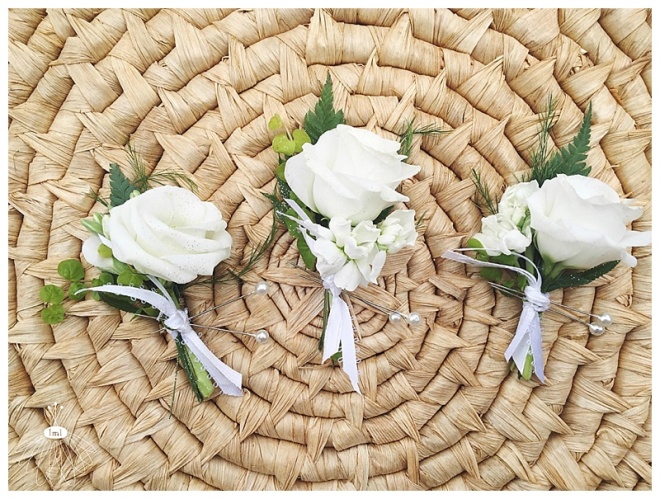 The ceremony backdrop was beautiful. Originally, the couple had planned to hold their ceremony on the beach - due to bad weather, the ceremony was relocated upstairs at Peaky's. I sewed white ruffled curtains to use on the backdrop. The curtains were accented with bright fuchsia tulle and were pulled back with curtain ties. Large fresh floral sprays were used as tie backs and pulled the color scheme into the ceremony space. 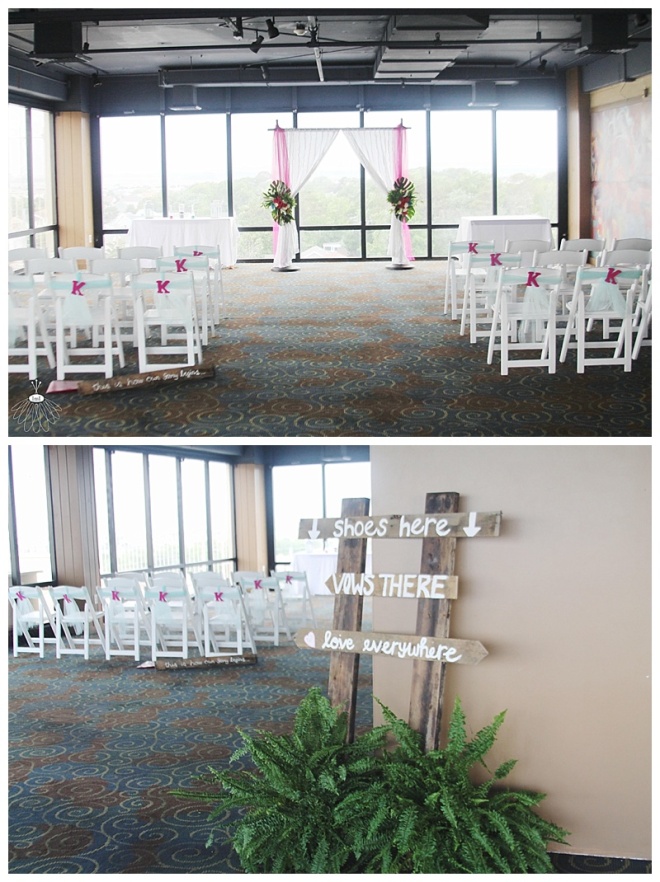 Several months ago, I created and sewed a ceiling installation at Peaky's Rooftop Bar & Restaurant. The piece looked nice against the hot pink and white reception linens and decor.

photos by dana marie photography[/caption] Congratulations, Jamie & Jonathan! It was a pleasure working with you! It was so nice to see your wedding dreams and visions come to life! xoxo - Ami
Share 0 Tweet