This past weekend was filled with romance, glamor, a little bit of whimsy, and so much love. Allison and Paul exchanged vows alongside the sprawling greens of Heritage Shores Club in Bridgeville, Delaware. They were surrounded by those who love and adore them and were beyond excited to share a part in their unforgettable wedding day. Allison is my kind of bride; she knew exactly what she wanted her wedding day to look and feel and had the plans drawn out to make sure it happened. I was fully equipped with lists of flowers she liked, photos of bouquets and arrangements, and a collection of beautiful vases, crystal accents & glass votives that she and her mother had accumulated. It was so excited to bring Alli's vision to life. When she walked into the reception space for the first time, her eyes lit up and she gasped... both Alli's eyes and mine filled with tears! The bridal party bouquets were full of large peach, soft pink and white blooms with mint green accents. The bride's bouquet was marked with several mint-colored succulents. Each bouquet was wrapped in delicate lace and pinned with pearls.

The groom and his groomsmen wore boutonnieres composed of succulents and tiny peach spray roses. 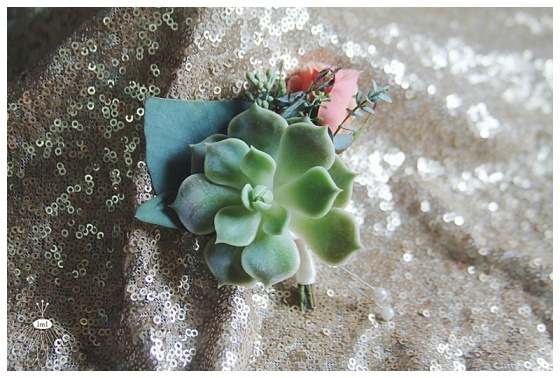 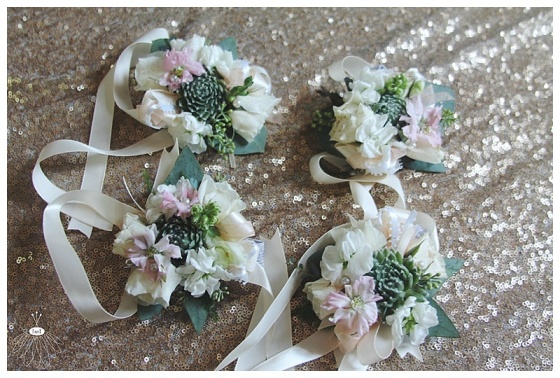 The ring bearers had the cutest, littlest succulent boutonnieres, too.

The ceremony space was stunning. I created 25' of fresh garland to drape from the Heritage Shores gazebo. A large fresh floral spray was placed front and center on the gazebo. Vases adorned with lace and crystals and filled with garden-fresh blooms hung from the chairs along the aisle. Thousands of peach rose petals added drama to the aisle, as well. 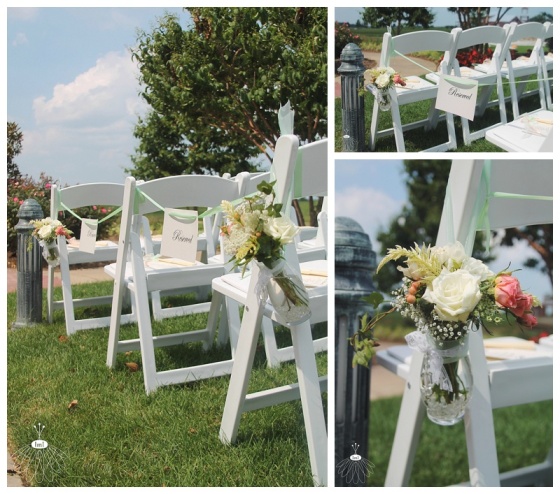 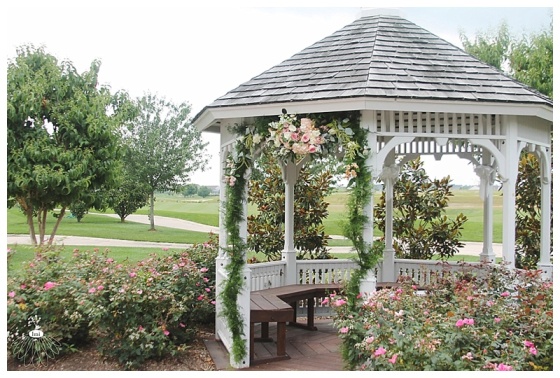 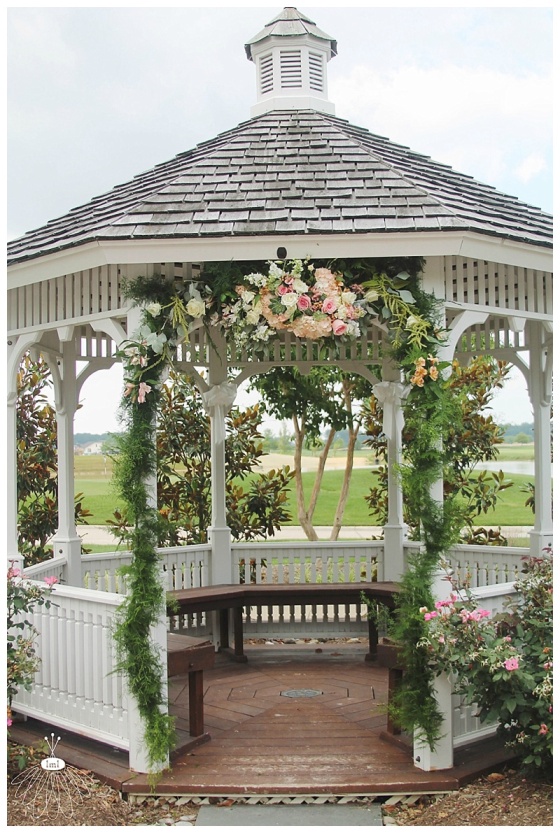 Inside the clubhouse, a large flower arrangement towered over photos of the couple in the entryway.

The ballroom was transformed into a romantic wonderland. It was like stepping into a scene straight out of a classic, romantic movie. The table centerpieces alternated in style: some were tall, some were in shorter clear glass pedestal vases, and some were inside vintage milk glass vases. The centerpiece arrangements were filled with fresh mint, basil greens, seeded eucalyptus, dusty miller, and flowing plumosa ferns. Blooms of garden roses, hydrangea, peonies, dahlias, stock, berries and so many more varieties added to the whimsical feel. The blend of peaches, light pinks and pale coral colors perfectly complimented the mint green and gold color scheme. 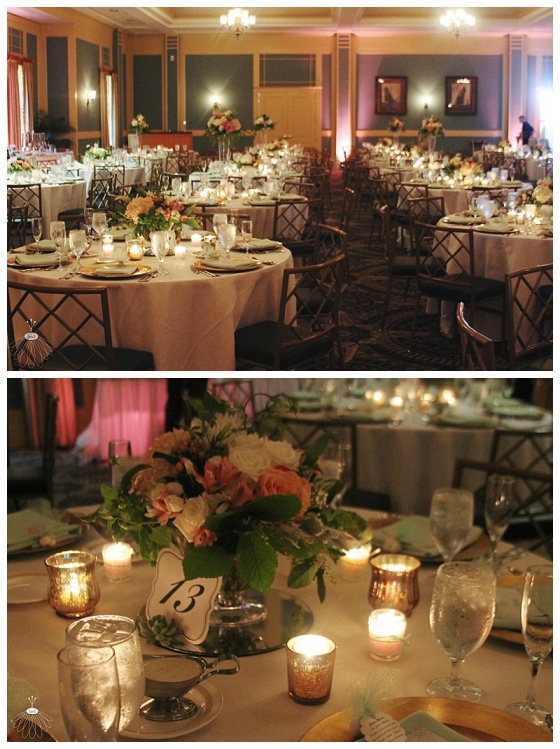 Congratulations, Allison & Paul! It was such a pleasure working with you, getting to know you, and meeting your families. Your wedding was breathtaking and I am so happy that I was able to play a role in making it everything that you hoped it would be. I can't wait to see you again! xoxo - Ami
Share 0 Tweet